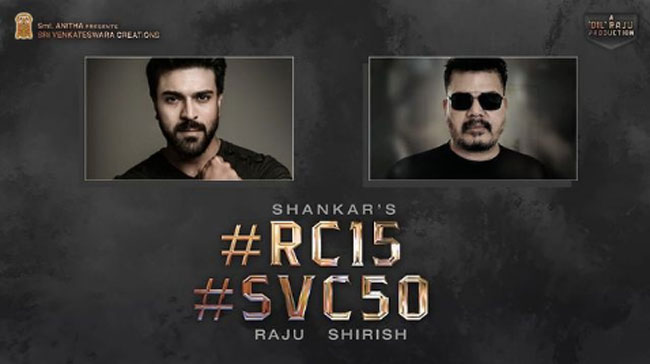 For everyone who is wondering about Mega Power Star Ram Charan next film after Rajamouli ‘RRR’, here is the official announcement from the hero himself. He took to social media and confirmed that he will be teaming up with one of India’s biggest directors, Shankar Shanmugam.

This humongous project will be produced by Dil Raju. It is Ram Charan’s 15th film and it is going to be a landmark 50th film under Sri Venkateswara Creations banner. Shankar is known for his heavy budget films with a strong message to society. He is called the James Cameroon of Indian cinema due to this cinematic brilliance and vision.

He is working with a Telugu hero for the first time and the rest of the details regarding the technicians and the artists will be given soon. This film is set to go on floors once ‘RRR’ gets wrapped up. Ram Charan is very excited about this project as he wrote, “Excited to be a part of Shankar Sir’s cinematic brilliance produced by Raju garu and Shirish garu.” Hope this huge combination delivers a memorable film.