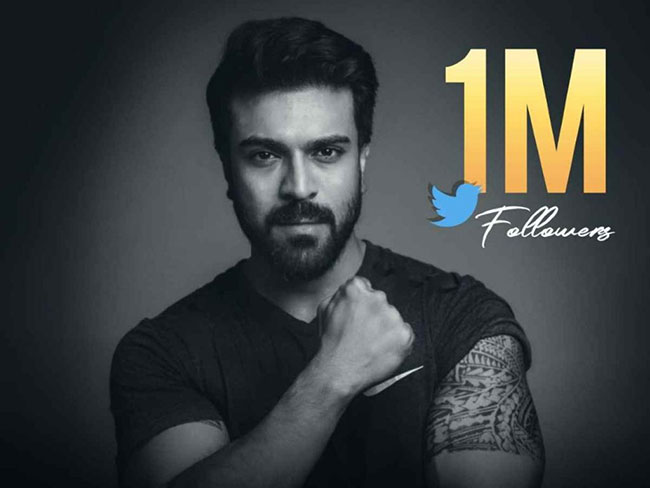 Not to mention specifically how powerful social media is these days. The social media has emerged as a great source for celebrities to share their activities and movie updates. Along with sharing their personal matters, the actors have the advantage of getting closer to their fans and followers.

Recently, Ram Charan set a record on Twitter by reaching 1 million followers in a very short time. Let’s see how long it took for the rest of the heroes to reach the One million mark.

Ram Charan occupies the first place as he took only 233 days to reach 1 million followers. He joined the social platform on March 27, 2020. Charan is the only actor to bag this record after Superstar Rajinikanth in South India. He currently has 1 million followers on his account.