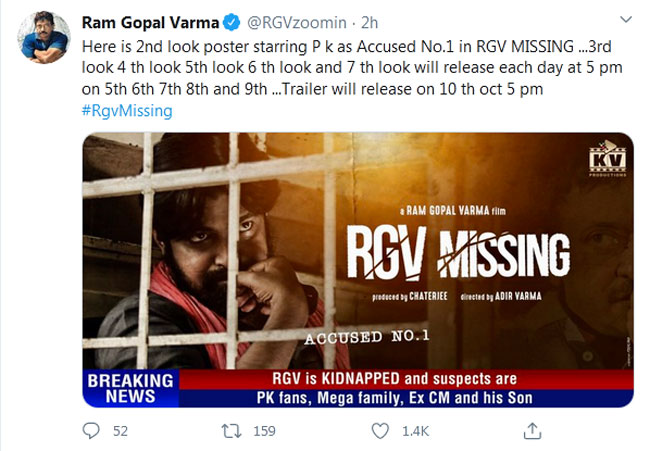 Now the veteran Director is yet again directing powerstar fans, mega family and Ex-CM and his son as per the release of a first look of the Accused No. 1 in the upcoming film ‘RGV Missing’ made by the maverick director himself! The film is directed by Adir Varma.

RGV even tweeted the update that he would release all the accused firstlooks of the afore mentioned people each passing day from now and finally the trailer on 10th October.

The movie team details are unknown and it remains to be seen on which platform the movie releases considering the craze of RGV films!