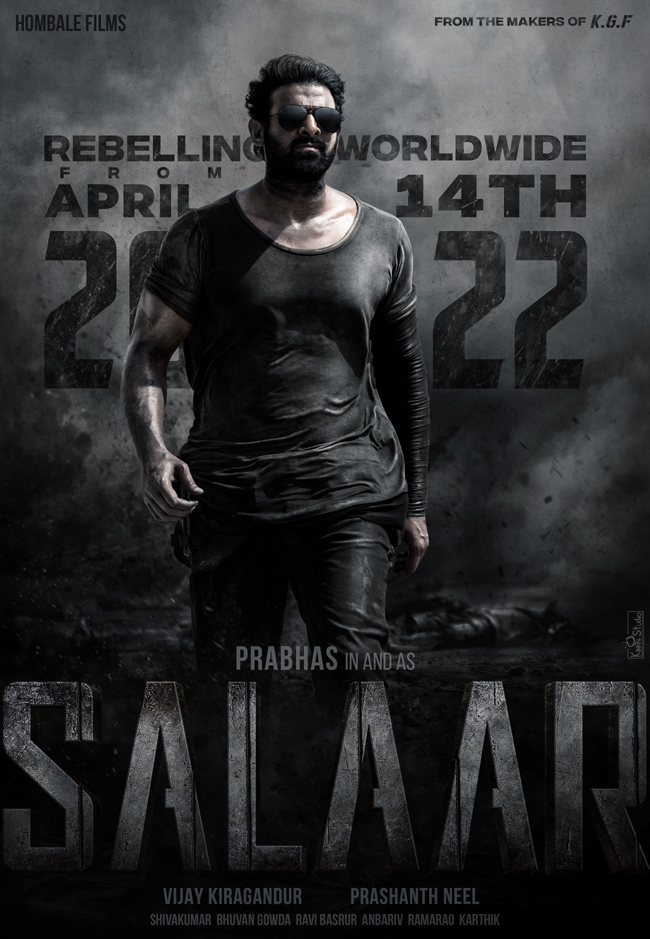 The makers have locked April 14, 2022, for Salaar release. The release date has been announced with a release poster. Director Prashanth Neel announced the released date on his Twitter.

” Worldwide #Salaar We can’t wait to celebrate with you all.#Salaar14Apr22,” Prashanth Neelâ€™s tweet reads. Prabhas looks dashing in the poster.

The film was started formally with a puja ceremony in Hyderabad in January this year. K.G.F hero Yash graced the puja function and posed with Prabhas at the ceremony.

The film shooting has started and the first schedule has been completed recently. Vijay Kiragandur is bank-rolling Salaar under his Hombale Films production house.