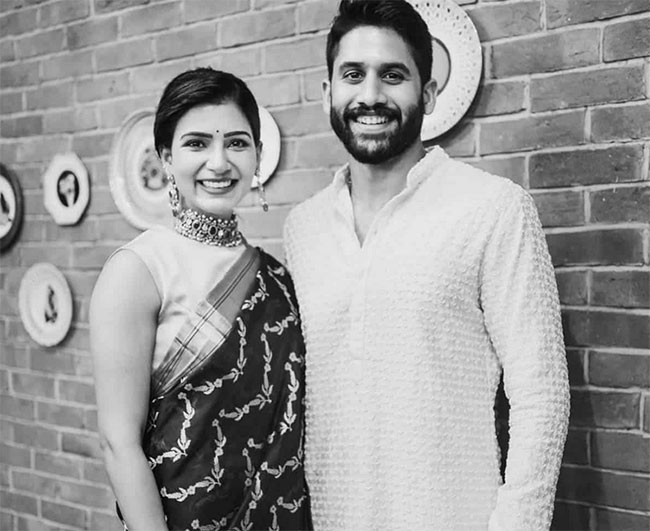 Samantha Akkineni and Naga Chaitanya are celebrating their wedding anniversary on October 6(Tuesday). The couple has completed three years of marriage this year. They entered wedlock in the year 2017 and since then they never fail to give their fans couple goals.

Having met each other on the sets of ‘Ye Maaya Chesave’ in 2010 and dating for a while, the two got married in 2017 in Goa. It was one of the most celebrated weddings in the industry.

On this special occasion, Samantha Akkineni on Tuesday took to Instagram to share an adorable monochrome picture which is filled all with the smiles of the star couple.

She also wrote a heartfelt note, “You are my person and I am yours, that whatever door we come to, we will open it together. Happy anniversary husband @chayakkineni.”

On the career front, Samantha will next be seen in a horror flick with Ashwin Saravanan and in a Tamil romantic comedy, Kaathu Vaakula Rendu Kadhal.