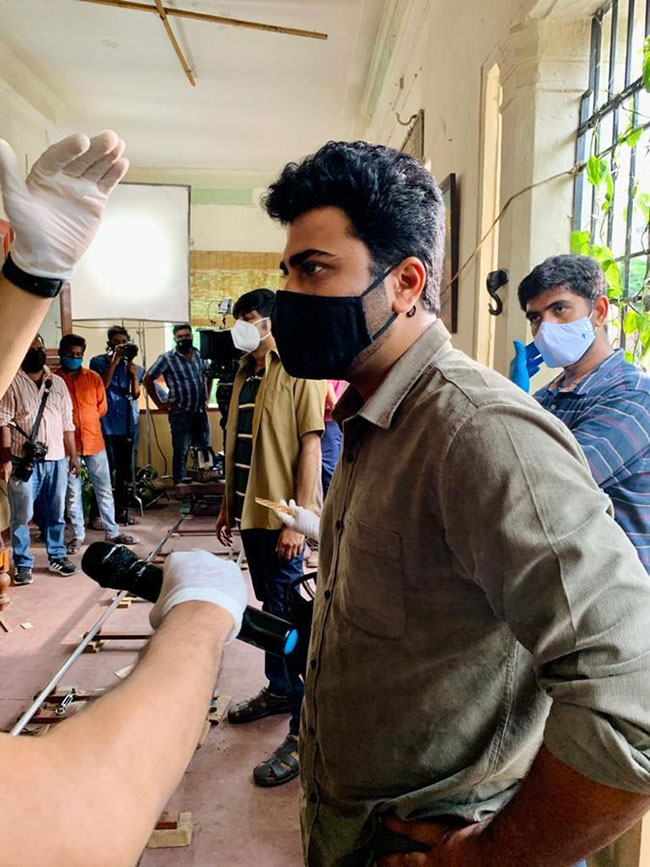 After a long break owing to the pandemic and subsequent lockdown, Sharwanand has joined the sets of his upcoming bilingual film directed by debutante Shree Karthik.

The film stars Ritu Varma as the leading lady and veteran actress Amala Akkineni in a pivotal role. As per reports, she is playing Sharwanand’s mother in the commercial entertainer.

The final schedule kicked-off in Chennai on Wednesday and the makers have revealed the news by sharing a BTS pic from the shoot.

“Back to work after 8 months for my Telugu – Tamil Bilingual film with Director Shree Karthick and Producer @prabhu_sr,” Sharwanand tweeted.

The film is bankrolled by popular Kollywood producer SR Prabhu who has recently delivered a blockbuster with ‘Khaidi’. While Jakes Bejoy is composing the music, Sujith Sarang and Srijith Sarang are managing the cinematography and editing respectively.