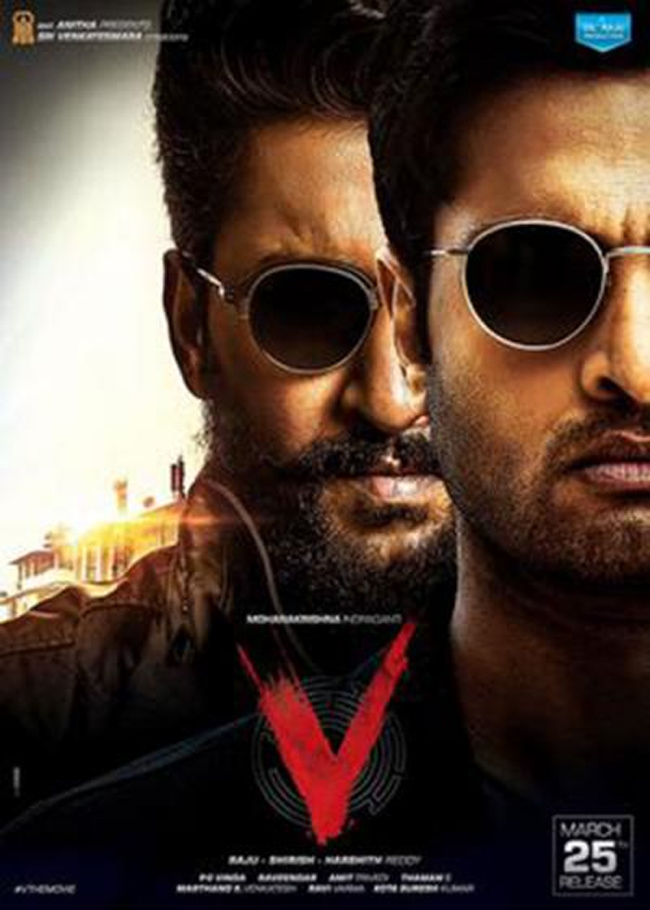 Nani’s landmark 25th film ‘V’ which premiered on Amazon Prime on September 2nd got a mixed response from the audience. Dil Raju went ahead with a direct digital release for this film and sold it to Amazon Prime for a huge price. News is that the produced walked away with table profit from this deal.

It looks like the business did not come to an end as the satellite rights of ‘V’ were sold to Sun Network for 8 crores.

Though the details are not yet confirmed, Nani and Sudheer Babu’s film will be telecasted in a couple of months.

‘V’ is a crime thriller written and directed by Mohana Krishna Indraganti. Nivetha Thomas and Aditi Rao Hydari were the heroines in this film which was criticized for its flat screenplay. Despite a good performance from the actors, the film failed to live up to its hype.