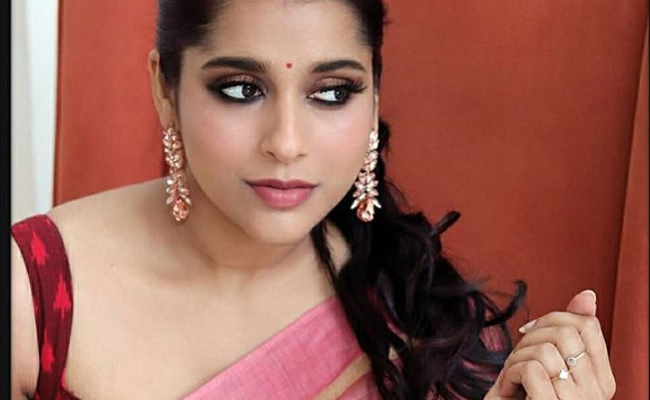 This Telugu Anchor is famous for her sultry dressing style and rubbish Telugu speaking skills and has quite made her name on the small scree. Guess who? Yes the anchor is Rashmi Gautam. The Orissa origin anchor has made a good name in Telugu TV scenario with a comedy show.

She has made news now as all the fans are asking as to when the anchor is getting married Seeing her latest Saree photo stills. For all the questions from fans, the hot anchor is just saying that she needs to find the right person to marry. Rashmi has always shared her attachment with her mother on social media.

Rashmi had a brief stint in Telugu Cinema as a lead heroine but couldn’t sustain her career as the movies acted were little B grade and bombed at the Box Office. Nonetheless, she is doing great on TV and fans are enjoying her presence in the shows.