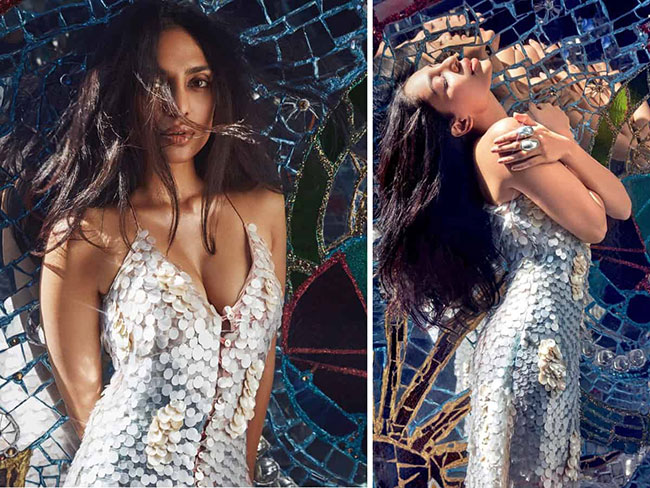 Actress-model Sobhita Dhulipala who has represented India at the Miss Earth 2013 pageant, made her Tollywood debut with critically acclaimed Goodachari opposite Adivi Sesh.

The Telugu girl left the mercury soaring with a glam look. In the pictures she shared, Sobhita Dhulipala looks smoking hot. These pictures are from the recent photoshoot of Telugu beauty, she did for a travel and Leisure magazine photoshoot.

After making a name in the modeling industry, she shifted her focus to acting. She entered Bollywood with much-talked-about Raman Raghav 2.0 in 2016. Two years later, she entered T-town with Goodachari.

On the work front, she has a handful of films and web series across industries. She will be next seen in Tollywood with the Goodachari sequel. She has one Tamil, Malayalam, and Bollywood film each.