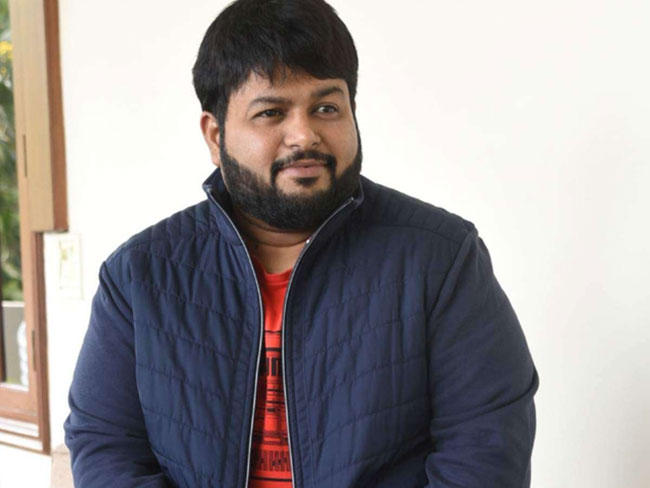 Happening music composer Thaman has worked with all the star heroes of the film industry and is now busy with a bunch of projects in hand. The success of Ala Vaikunthapurramuloo has taken Thaman to next level and made him number 1 composer in Tollywood.

It is a known fact that Thaman faces several allegations as a copy cat. However with some good albums in recent years, he managed to win audience hearts without facing much trolling from them. At this peak time in his career, the music director has again caught red-handed to netizens by copying the background music of a popular film.

Nani and Sudheer Babu starrer V was released on Amazon Prime last night. Despite the actor’s performance, what attracted people attention is the background music of Nani’s character introduction.

Yes, the background music which Thaman scored for Nani is perfectly similar to Rakshasudu film BGM. Rakshasudu was a big hit in Telugu and Tamil languages. And, millions of Telugu audience are very aware of that BGM. From the last night, Thaman is facing a lot of social media trolling and he is losing all the name when his career is going with the full flow. Let us wait and see how the composer responds to copy allegations this time.