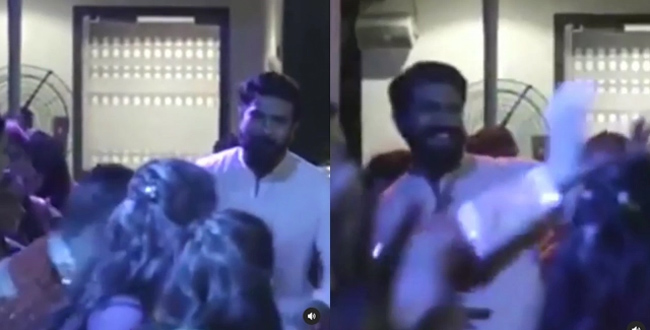 An old video of Mega power star Ram Charan is surfacing again on the Internet in which the Magadheera actor can be seen dancing for Bathukamma Song with the Orphanage Girls.

The video was shot in 2017 when Ram Charan and his wife Upasana celebrated Bathukamma Festival with the girls from Guild of Service Seva Samaj Balika Nilayam orphanage. In the video, Upasana’s Family Members were seen taking part in the Bathukamma Festival.

Meanwhile, Ram Charan is currently working with NTR in the upcoming film ‘RRR’ directed by Rajamouli. The film, which has recently been resumed, is shooting in Hyderabad at a fast pace. Ram Charan will be seen in the role of Alluri Sitaramaraju in the film.

The director is planning an intermittent shooting schedule for RRR that he is taking a break every two or three days and continuing it again after a couple of days. He is doing this to protect the crew from the pandemic. ‘RRR’ is expected to be completed in summer 2021.