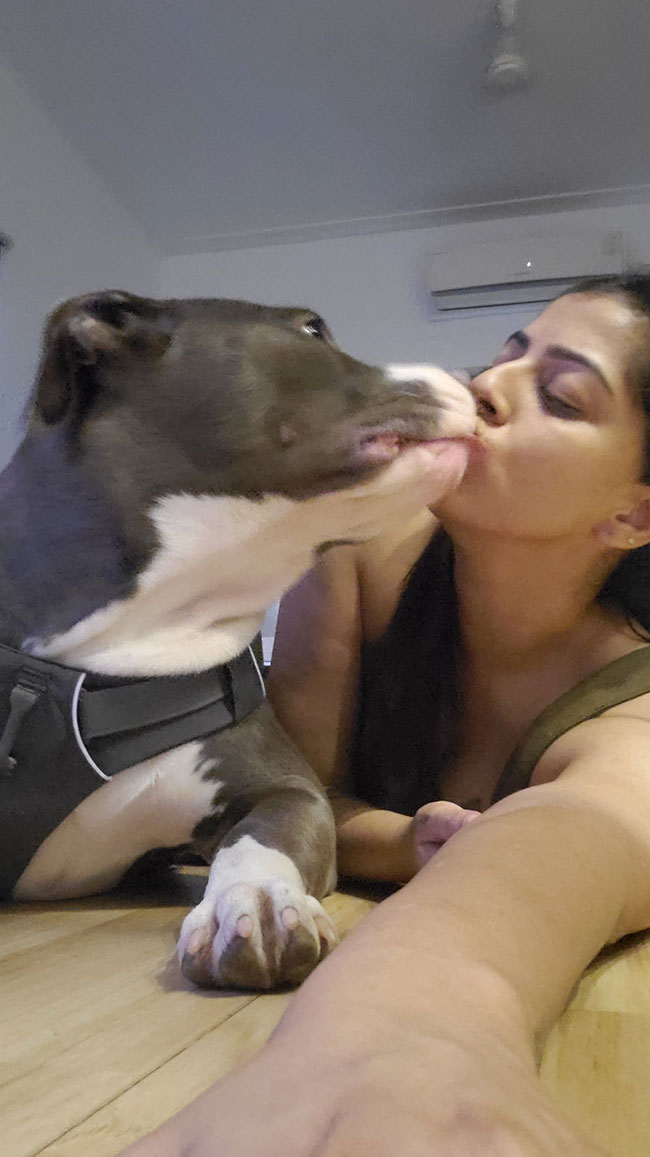 Actress Varalakshmi Sarath Kumar who made a name for herself with films like ‘Maari 2’, ‘Pandem Kodi 2’ and ‘Sarkar’ is currently enjoying her leisure time with her adorable pet dog. The pictures of the talented actress chilling out with her dog are going viral on the internet. With a no makeup and casual look, Varalakshmi is seen given kisses to her pet and it is an endearing watch to all the pet-lovers. These clicks show how close she is to her dog and how much she enjoys spending time with it.

Varalakshmi acted in Sandeep Kishan’s ‘Tenali Rama Krishna’ last year and she will also be seen on Telugu screen once again with Ravi Teja’s upcoming film ‘Krack’. She plays a very important role in this film while Shruti Hassan is the heroine. Gopichand Malineni is the director of this action thriller. She is also acting in another Telugu film titled ‘Naandi’ which is under production. A lot of her films like ‘Kanni Raasiâ€™, ‘Ranam’, ‘Kaatteri’, ‘Pamban’, ‘Chasing’, ‘Colors’ and ‘Piranthal Parasakthi’ are in the production stage.