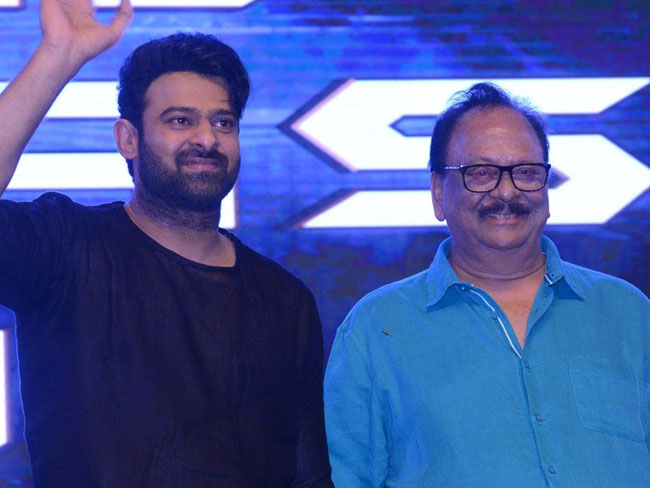 Young Rebel star Prabhas is going places right now. He gained national level craze due to ‘Baahubali’ and lined up some of the costliest films in India right now. He is working on Radhe Shyam currently and will start ‘Aadipurush’ next year. He also lined up Nag Ashwin’s time-traveling film with Deepika Padukone as the female lead.

If these films succeed, Prabhas will turn into the hero who has equal craze in both South as well as North. Rebel star Krishnam Raju is very happy with the success and progress of Prabhas. During an interview, the legendary actor said that he wished to see Prabhas in Hollywood. Prabhas already has a huge following across the nation and becoming an international star is not a big task if right moves were made.

Going at this pace, Prabhas may soon become a star if luck favors him. It may be a long shot and nothing is impossible. Despite all this, fans are unhappy about one reason. They are not getting to see their favorite star on the big screen as frequently as the other stars. He is coming up one film every two years which is making the fans sad. Hope Prabhas works faster in the coming days.