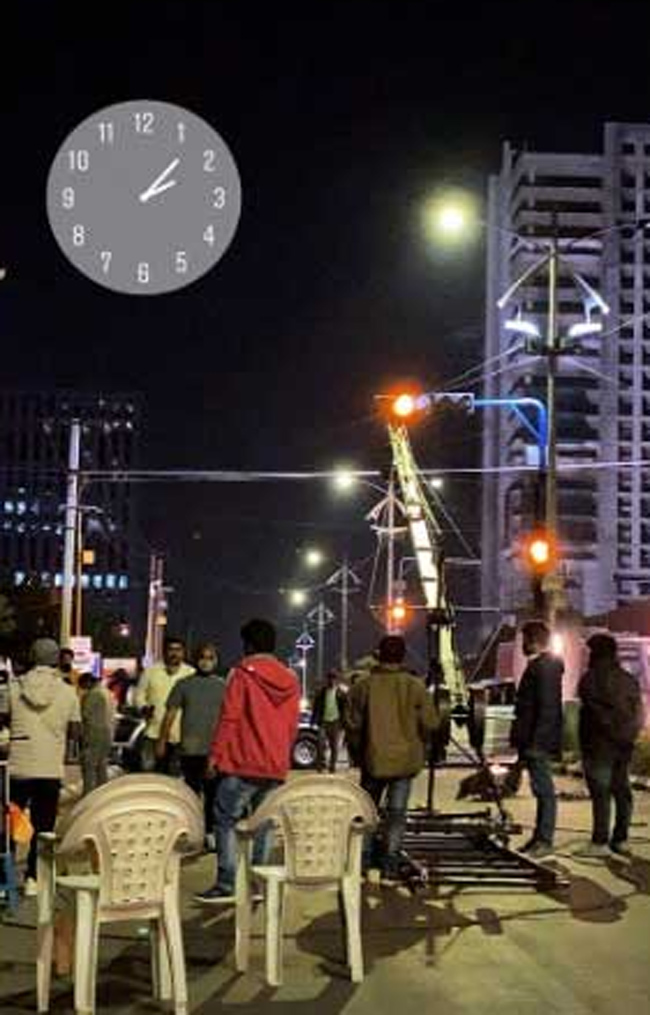 After taking a short break due to the Covid- 19 outbreak and subsequent lockdown, Mega hero Varun Tej has joined the sets of his upcoming sports drama, Boxer.

Amid strict adherence to health and safety guidelines issued by the government, the actor is currently busy with night shoots for the film. As per reports, the shooting is currently underway in a gated community in Hyderabad.

Revealing the same, the Fidaa actor took to Instagram to share the behind the scenes from the shooting location. Tentatively titled Boxer, the film went on floors in February 2020 in Visakhapatnam. Ismart Shankar fame Nabha Natesh is playing the leading lady.

This film is written and directed by debutant Kiran Korrapati, who earlier assisted director Sreenu Vaitla. The film is bankrolled by Allu Venkatesh and Sidhu Mudda under Renaissance Pictures banner while producer Allu Aravind is presenting the film.