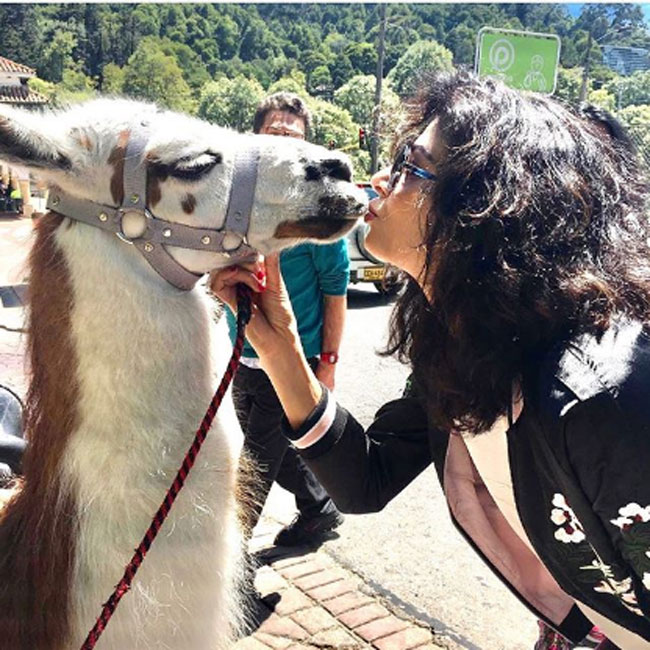 All the actresses are mostly posting the home yoga, exercise in the indoors kind of videos on Instagram but veteran Bollywood actress has tried it different and has been posting sensual pictures of her kissing a horse and added a punch line saying rare kiss.

Actress Pooja Batra has always been in touch with her fans. Now her picture kissing the animal is going viral. In that pic she was seen wearing a black dresses and dashed the look with goggles. The age seems just like a number for this former Femina Miss India and super model.

On the film front, Pooja Batra is famous for her roles in Nayak and Aasai among few other films.