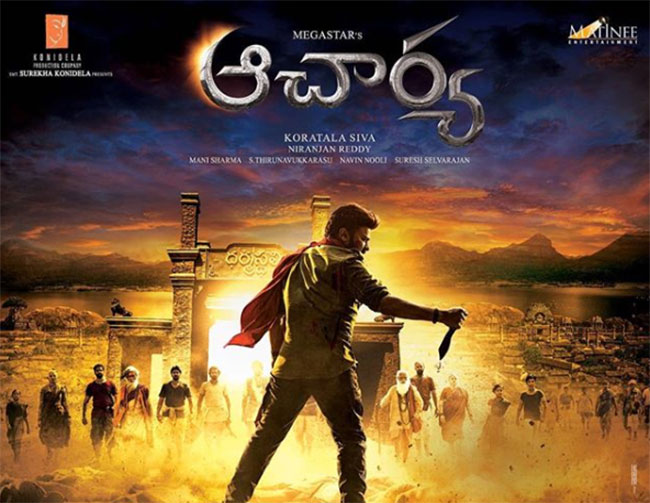 Star writer-director Koratala Siva is adamant to release ‘Acharya’ during the summer of 2021 at any cost. About 40% of the shooting has been completed and no one knows when the shooting begins again. Koratala reportedly believes that Megastar Chiranjeevi will be back on sets from November. He is planning to complete the film in a single stretch. He is making a schedule that lets him wrap up the film by February. With one moth left for post-production, Koratala is aiming to release the film in April.

He is fixed on releasing the film on April 9th as per reports and it gets delayed, he is said to have kept May 7th as a backup date. These two dates are Koratala’s targets as per reports and all of this depends on when the film’s shooting starts.

On top of Chiranjeevi, Ram Charan’s dates should also be considered as he would be busy with ‘RRR’ which is also going to start soon. Charan is playing a special role in this flick. There is a strong chance of ‘Acharya’ missing the summer season if the shooting doesn’t start at least by December. Let us wait and see what happens.

‘Acharya’ is produced by Niranjan Reddy and Ram Charan. It is going to be a social drama and Mani Sharma is going to compose the music for this film. Kajal is the heroine and Chiranjeevi will be seen as a Naxalite during some portions of this film. The first look was recently released and got a decent response.