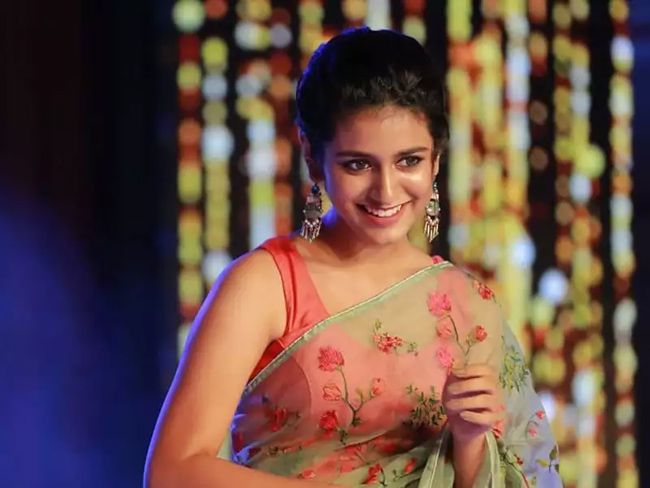 Young beauty Priya Prakash Varrier became a nationwide sensation because of her adorable wink expression in the Malayalam film ‘Oru Adaar’ Love’. Her followers on social media grew rapidly and she signed a few endorsements too.

But the failure of her debut film made her to slow down a bit. Apart from some glamorous photoshoots, she hasn’t been in the news for the past couple of months. It looks like she is starting to pick up speed once again. She is acting in a Bollywood film and signed successive films in Tollywood.

She is the second female lead in Nithiin and Chandrasekhar Yeleti’s ‘Check’. The film is in the last leg of its shooting and as per sources, she signed another new project with the young hero Teja Sajja. This is a remake of the Malayalam hit film ‘Ishq’ and Nagarajun will be handling the megaphone. Let us see if this wink girl succeeds in Tollywood or not.