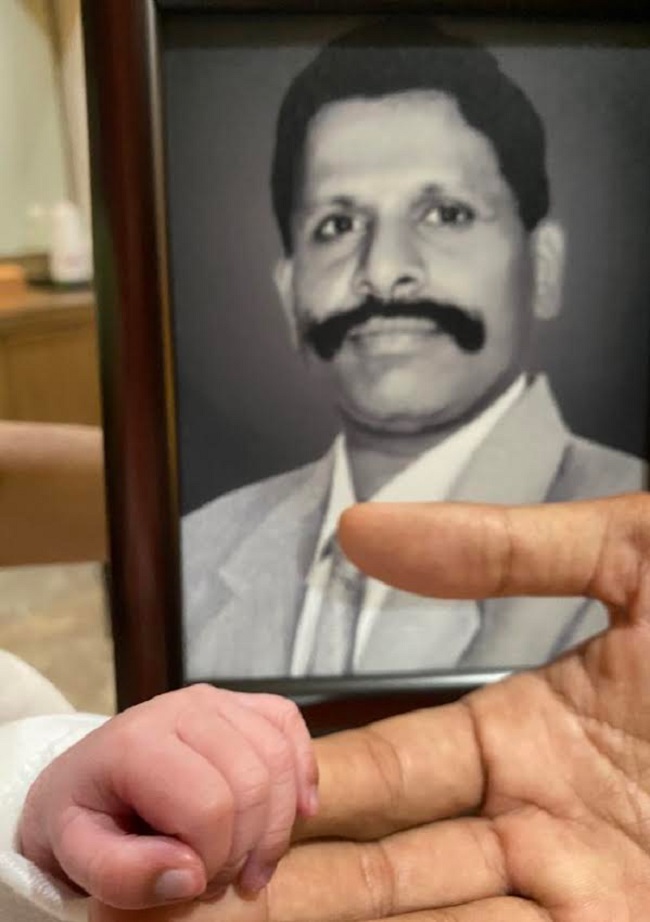 Kollywood actor Sivakarthikeyan and his wife Aarthi welcomed their second child on Monday. The actor announced the news on microblogging site Twitter. He shared an heartfelt note too.

The actor posted a picture of the newborn holding his hand with his late father’s photo in the background. In the caption, Sivakarthikeyan said, his father was born again as his son after 18 years.Mother and child are safe, he added.

The talented actor had impressed the Tollywood audiences with the Tamil dub films. He had acted in Kousalya Krishnamurthy, direct Telugu film, in which he played a coach to the Indian women’s cricket team.

On the professional front, Sivakarthikeyan is awaiting the release of his upcoming film Doctor.He is part of Don and Ayalaan which are in production stage.