Catherine was born to Malayali parents Frank Mario Alexander and Tresa Alexander in Dubai.She did her Class 12 in Dubai and moved to Bengaluru for higher education. She studied for two years in St Joseph’s College, Bengaluru.

While studying, she pursued extra-curricular activities. She learned to play piano, and got trained in singing, dancing, ice skating and debating, stating that she believes that she is “good at anything I put my mind to”.In Dubai, Catherine was an Emirates Environment volunteer. At the age of 14, Catherine did some amateur modelling for fashion design graduate students. After coming to India, she modelled for Nalli Silks, Chennai Silks, Fast Track, Josco Jewellers and Deccan Chronicle. She has also shot for Srikantadatta Wodeyar’s Maharaja Calendar and had participated with Prasad Bidapa in many ramp shows in many cities.

Catherine Tresa made her acting début in 2010 Kannada film Shankar IPS opposite Duniya Vijay. Catherine went on to act in the Malayalam films, The Thriller and Uppukandam Brothers: Back in Action. In 2011, she did a role in the Kannada film Vishnu that she said was “equally opposite to her real life”.

It was followed by the Kannada film Godfather opposite Upendra, which was directed by cinematographer turned film-maker Sethu Sriram. Catherine’s character in the film was that of an older mentally challenged woman. Her performance earned her her first nomination for an award in the Best Supporting Actress category at the 60th Filmfare Awards South.

She next signed up for Chammak Challo directed by Neelakanta, in which she played “an urbane, bold and dynamic girl”. It released in February 2013 and failed at the box office,but she got noticed and received positive reviews. APHerald.com called her “a treat to watch” and 123telugu.com noted that “she has the potential to be a superstar in future if she plays her cards right”.

Catherine played one of the female leads in Puri Jagannath’s Telugu film Iddarammayilatho. The film released in June 2013 and won her rave reviews. Times of India reported “Catherine Tresa perfectly suits the character of Akanksha”.Shirirag.com called her “cigarette smoking hot” while Idlebrain Jeevi in his review noted “with a bit of fine-tuning she can become big in Telugu films”.

She next appeared in Paisa by Krishna Vamsi playing a Muslim in the film, “who is sweet, very inhibited and talks a lot with her eyes” and called it “a total contrast to what I play[ed]in Chammak Challo”. In 2014, she made her foray into the Tamil film industry with Madras in which she starred opposite Karthi. The second Tamil film is the S Thanu production, Kanithan directed by débutante Santosh in which she will be starring opposite Adharvaa. She has been signed for two Telugu films: Gunasekhar’s Rudhramadevi, touted to be the first Indian 3D historic film, and Errabus which is being directed and produced by Dasari Narayana Rao. 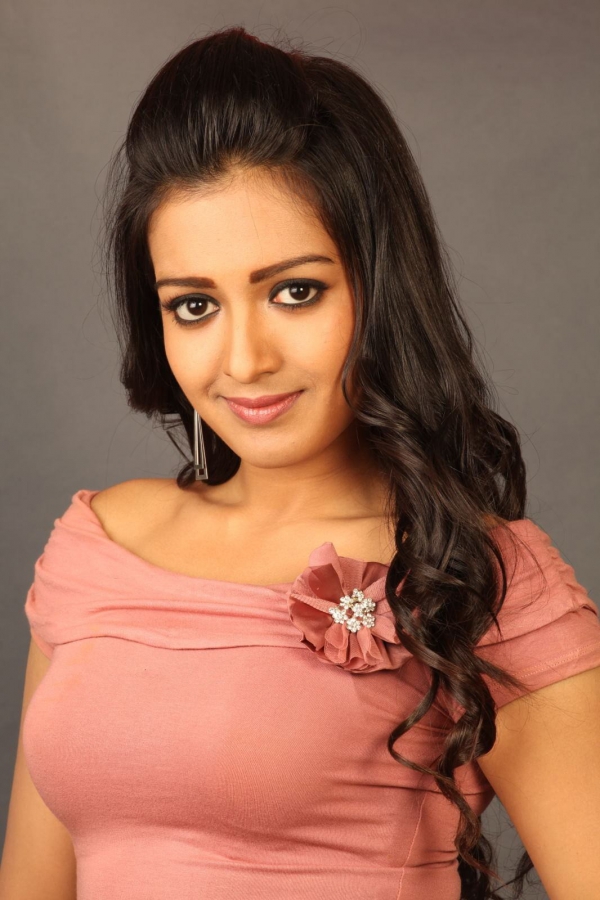