The marriage as per the traditional Kerala Hindu style was held at an auspicious time this morning.

The function was attended by the family members of Sreesanth and Kumari.Rituals as per Rajasthani culture were held at a private hotel in Kochi on Wednesday.

Kumari, a jewellery designer by profession, first met Sreesanth six year ago during a one-day cricket match against Pakistan in Jaipur.

Sreesanth had announced the marriage earlier this year before he got embroiled in the match-fixing scandal in May. Although the cricketer was jailed in the match-fixing case for 21 days and was banned by the BCCI from all forms of cricket, Kumari stood by her beleaguered lover.After the ceremonial functions at Guruvayoor temple, the newly-wed would leave for Sreesanth’s native place Kothamangalam in Ernakulam for a reception. 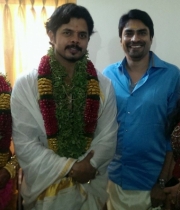 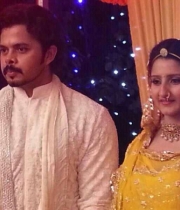 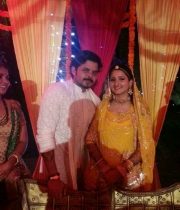 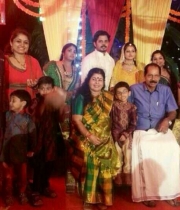 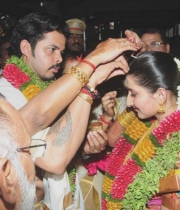