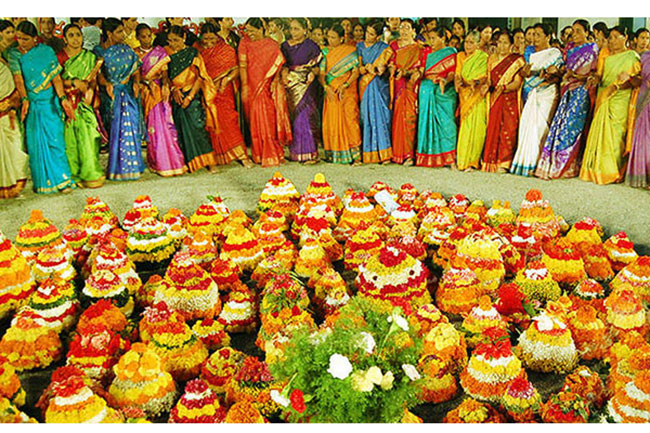 When should Batukamma festival be celebrated? Usually, this is decided by the astrologers and Vedic scholars. But this time around, the Telangana Jagruthi has fixed the dates of the Batukamma festival as from October 16 to October 24. Many say this was done to suit Kavitha.

Some scholars are objecting to this saying that the dates have been fixed to suit Kavitha’s stars. However, the Telangana Jagruthi feels that Batukamma festivities is the right time to politically re-launch Kavitha Kalwakuntla. They feel that Kavitha, who stayed away from Batukamma festivities for the last two seasons, would come back with a bang. This would also facilitate her political re-entry.

Kavitha has been inactive ever since she lost the elections to BJP firebrand Dharmapuri Aravind in Nizamabad in 2019. This was a shock defeat and she stayed away from active politics. Even her public appearances were very sparse. But, with Kavitha certain to win the Local Bodies Constituency from Nizamabad, she has become active again. To re-launch her Batukamma festivities are being planned. Sources say that the Telangana Jagruthi has chosen the dates to suit her astrologically. This, however, is giving rise to criticism among the Vedic scholars and astrologers.