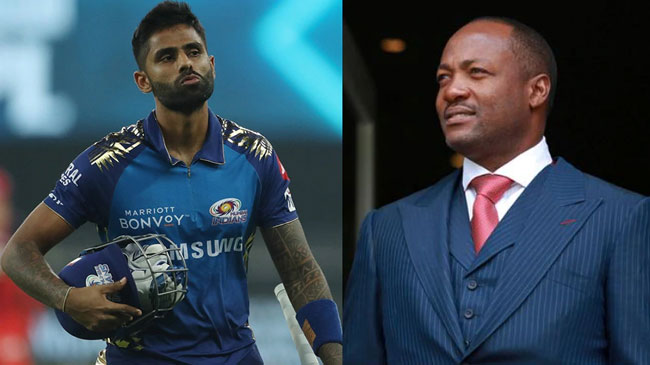 Many ace players opined that Suryakumar Yadav should be selected in the team for the Aussies tour. One more well-known player joined the list of Suryakumar’s supporters.

Former Trinidadian player Brian Lara, who is highly regarded as one of the greatest batsmen of all time said that Suryakumar is a class player and he should have got a call for the Australian tour.

Speaking during an interview for a sports channel, Brian Lara said, Suryakumar Yadav, is the most reliable player. Going by his performance, he should have been selected for India’s tour of Australia.

For the bilateral series, India and Australia will lock horns for 3 ODIs, 3 T20 Internationals, and four Tests. The series will start with the ODI series. The first ODI will be played on the 27th of November.