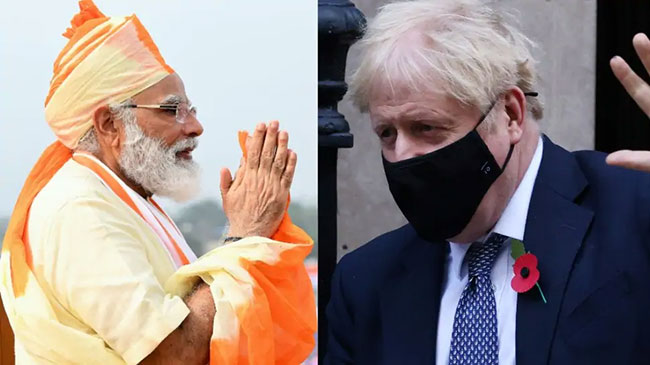 Britain holds friendly relations with India. It has to be noted that on the occasion of Diwali, UK Prime Minister hailed the spirit of the festival. He said the United Kingdom will fight with the Coronavirus pandemic Like how Lord Ram And Sita Defeated Ravana

The UK PM’s possible participation in Diwali celebrations can be seen as a bridge to strengthen the cordial relations between both countries. One more incident can be recalled to prove the friendly relations between India and Britain. Earlier in September this year, the British Police handed over ancient idols of Lord Ram, Lakshman, and Sita. The idols were stolen from a temple in Tamil Nadu in 1978.

If the British Prime Minister comes to India, he will be the first head of government to visit the country since the pandemic has hit. Since March all the physical visits of high-profile people were suspended globally due to the Covid-19 outbreak. Myanmar President Win Myint and US President Donald Trump are the last leaders to visit India before the Covid-19 outbreak. The duo came to the country in February, this year.