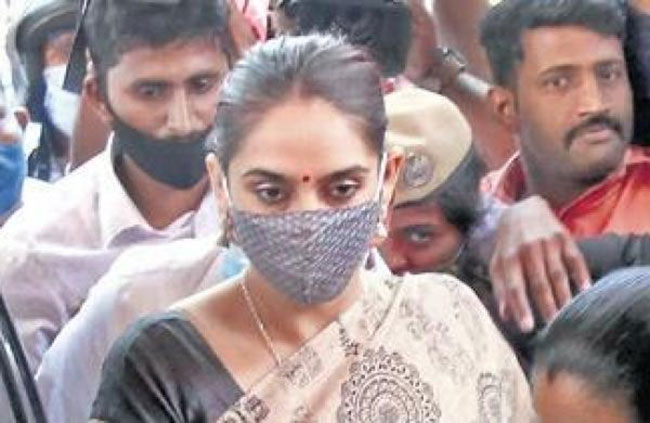 Kannada film actress Ragini Dwivedi, who was arrested for allegedly consuming and supplying banned drugs, has moved the Supreme Court seeking bail in connection with the drug case.

She has filed a special leave petition in the apex court challenging the November 3, order of the Karnataka High Court, which refused to grant her bail along with another accused actress Sanjjanaa Galrani.

Ragini Dwivedi was arrested on September 4 while Sanjana on September 8. Both the actresses were charged under various provisions of the NDPS Act, 1985 and the Indian Penal Code (IPC).

Besides Ragini and Sanjana, 20 drug peddlers, party organisers were arrested and imprisoned in the case. All the arrested are lodged in the central jail on the outskirts of the city’s southern suburb.