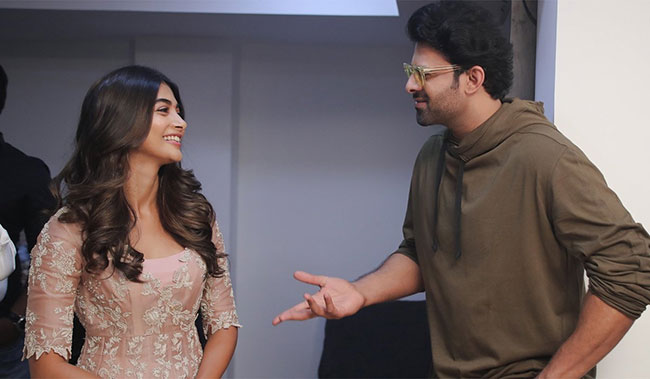 It is evident that Prabhas is busy filming for his Prabhas#20 film ‘Radhe Shyam’ under the direction of Radha Krishna Kumar.

‘Radhe Shyam’ is said to be a period love story and most of the story happens in Italy. As the situation is worse in Italy the movie makers didn’t go ahead for filming the movie. There were 30% portions in movie so far filmed in Italy before the pandemic.

Recently the UV productions have resumed the shoot of this prestigious project of Pan India star Prabhas in Italy. The actress Pooja said that they are following a no hug policy on the set and are also following the other precautions to be safe from the pandemic. It remains to be seen how this love action drama be without romantic bits in the film!

News sources said that major portions of Pooja Hegde and Prabhas would be shot in a 15 day schedule and later the team would continue the shoot in India.