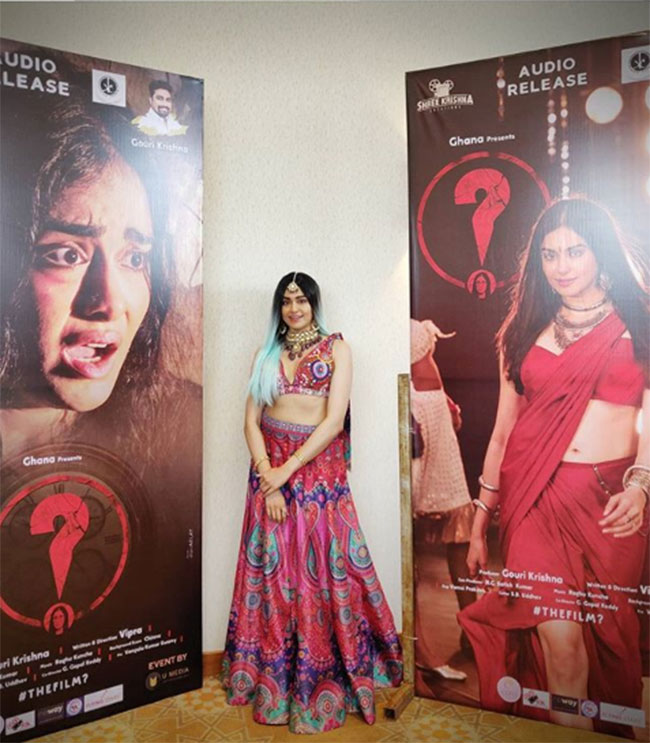 Not many actors prefer to go with their own voice while dubbing for films or TV serials. Especially the north actresses who star in Telugu films does not attempt to dub for their characters.

Interestingly, young Mumbai actress Adah Sharma has dubbed herself for her upcoming Thriller interestingly titled as? (Question Mark), which is being directed by debutant Vipra and produced by Gouri Krishna under Shree Krishna Creations banner.

The Heart Attack star is playing a Telangana girl in the movie. For the first time, the actress has dubbed for her role in Telugu.

Speaking about this, the Commando star said that she always wanted to dub for herself in Telugu to give her roles completeness. When she bounced the idea off to her director Vipra, he gave the nod since Adah speak good Telugu.

“I wrapped up my entire dubbing in a day, and I thoroughly enjoyed it,” the actress added.