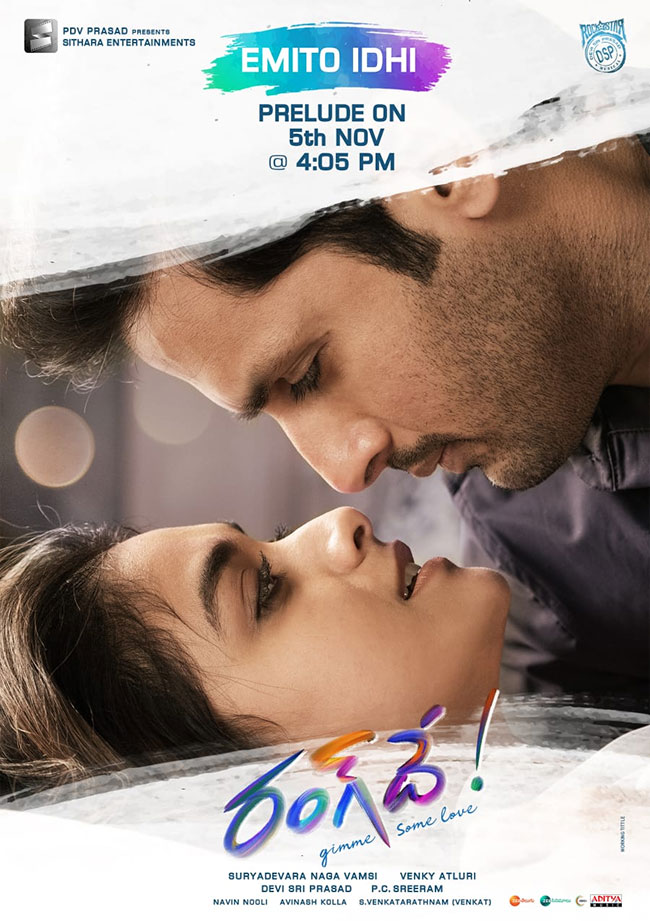 Youth hero Nithiin is coming up with a breezy romantic entertainer titled ‘Rang De’. After a successful ‘Bheeshma’, Nithiin paired up with talented actress Keerthy Suresh for this flick which is directed by ‘Tholi Prema’ fame Venky Atluri.

The small teaser released a few months back got a decent response from the audience and the audience are hoping to release it during the Sankranti season. As a part of promotions, the film’s unit decided to release the first lyrical video from ‘Rang De’. Rockstar Devi Sri Prasad is composing the music for this rom-com.

The team is asking everyone to get ready to fall in love with the refreshing tune of ‘Emito Idhi’ which will be releasing on 5th November at 4:05 PM. DSP is famous for his love songs and delivered many memorable romantic tunes. Let us wait and see what he has in store for us this time.

PC Sreeram is handling the camera for ‘Rang De’ while Sithara Entertainments is bankrolling this project.