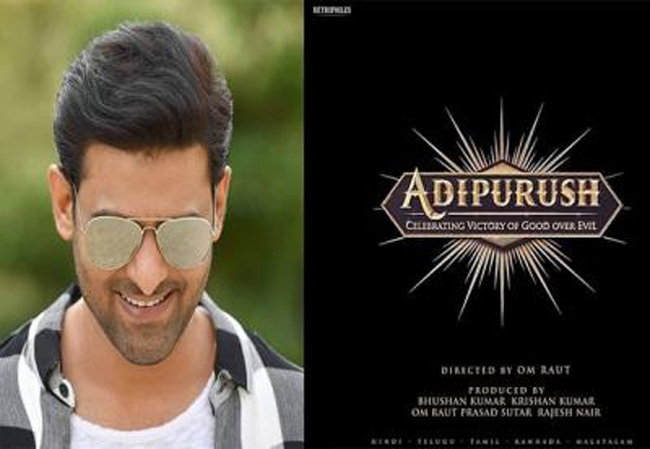 Prabhas is currently working on ‘Radhe Shyam’ and his next film ‘Adipurush’ directed by Om Raut is hogging all the limelight. Ever since the project has been announced, ‘Adipurush’ is creating a huge buzz around itself as it is based on our mythology Ramayana. T-Series is producing this film on a grand scale.

News is that a large portion of the film will be completed in green matte and it is expected to create a record in having the most number of VFX shots in a single film. Apparently, ‘Baahubali’ holds this record as it had 45,000 VFX shots and rumors suggest that ‘Adipurush’ is going to have more shots than Rajamouli’s film.

Prabhas is reportedly blown away by Om Raut’s vision and is willing to complete the film as quickly as possible which gives sufficient time for the director to focus on the graphic work and give a tremendous output. ‘Adipurush’ is going to be shot in 3D and it is expected to go on floors next year. If this go as planned, the film will be hitting the big screens during the latter part of 2022. Saif Ali Khan’s playing the villain’s role of ‘Lankesh’ in this magnum opus.