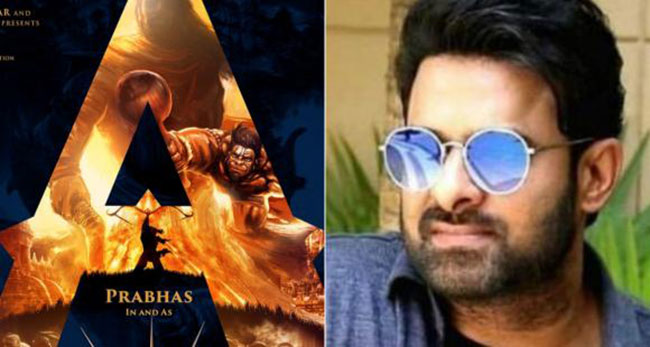 As we know, Prabhas is currently working on ‘Radhe Shyam’ but everyone is eagerly waiting for his next film ‘Adipurush’ which is based on our epic mythology ‘Ramayana’. The film is expected to kick-start next year and it will reportedly be shot in 3D format. This is going to be a visual extravaganza as per sources.

Recent reports from the insiders claim that most of the film be picturized indoors. It will be shot using green screens and the makers are following what heavy VFX films like ‘300’ and ‘Star Wars’ did in Hollywood. Apparently, the graphic team which worked on ‘Avatar’ and other gigantic English projects will be supervising the VFX work of ‘Adipurush’.

Prabhas will be seen as lord Rama while Saif Ali Khan is going to play the role of Lankesh in ‘Adipurush’ directed by Om Raut and produced by T Series. It will be released in Telugu, Tamil, Hindi, Kannada and Malayalam. The details about the heroine will be revealed soon.