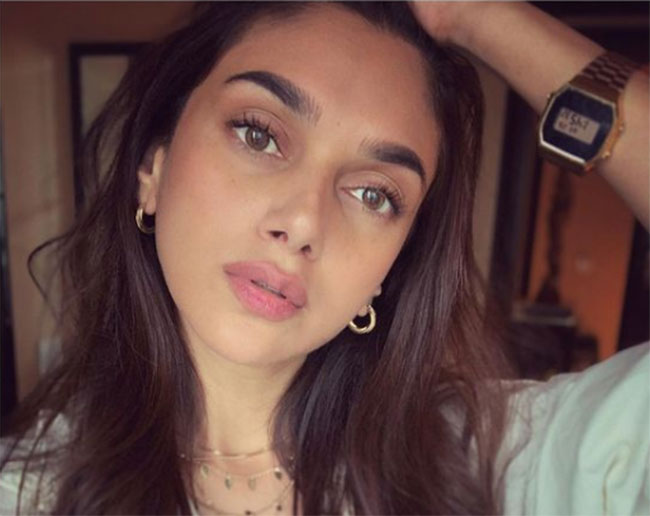 Heavenly beauty Aditi Rao Hydari who mesmerized the Telugu audience in films like ‘Sammohanam’ and ‘V’ is currently acting as the female lead in Ajay Bhupathi’s intense romantic drama ‘Maha Samudram’. This is a multi-starrer with Sharwanand and Siddharth playing the male lead roles. The concept poster which came out a few weeks back brought a lot of positive response.

Aditi Rao Hydari is a versatile actress who played many different roles in Hindi, Tamil and Telugu. She is one of the rare performers who can emote just through her eyes. Talk in the tinsel town is that the ‘Cheliyaa’ girl will be seen playing a character with negative shades in this film. It is expected to be a challenging one which is why Aditi accepted in the first place.

Director Ajay Bhupati’s first film ‘RX100’ too had Payal Rajput playing a negative role despite being the film’s heroine. If the rumors are true, we can see another negative female lead in ‘Maha Samudram’. This intense romantic drama marks the return of Siddharth to Tollywood after many years.