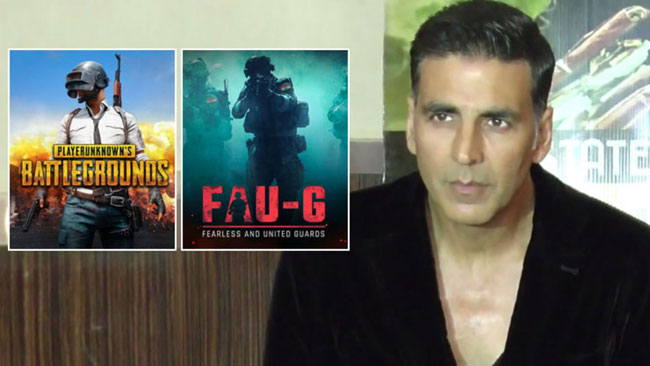 The Centre led by Prime Minister Narendra Modi banned 118 Chinese Apps under section 69A of the Information Technology Act for compromising on the personal data of the users.

The banned apps include the PUBG game which is quite popular with the Indian youth. Social media is filled with a lot of memes and jokes on banning Chinese Apps.

In the wake of this, Bollywood Super Star Akshay Kumar aka Khiladi Kumar announced a Make in India App which looks quite similar to the banned PUBG app. The app is expected to be the Indian alternative for the app.

Akshay Kumar took to Micro-blogging site Twitter to announce the FAU-G.app. In his Tweet, Akshay said 20percent of the revenues generated from the app will be transferred to Bharat Ke Veer Trust.

“Supporting PM @narendramodi’s AtmaNirbhar movement, proud to present an action game,Fearless And United-Guards FAU-G. Besides entertainment, players will also learn about the sacrifices of our soldiers. 20% of the net revenue generated will be donated to @BharatKeVeer Trust #FAUG,” Akshay Kumar’s Tweet read.

Talking about the game, Vishal Gondal, the Founder and Chairman of the gaming publisher said he sees the opportunity as a great pride to develop a game that will support the martyrs.