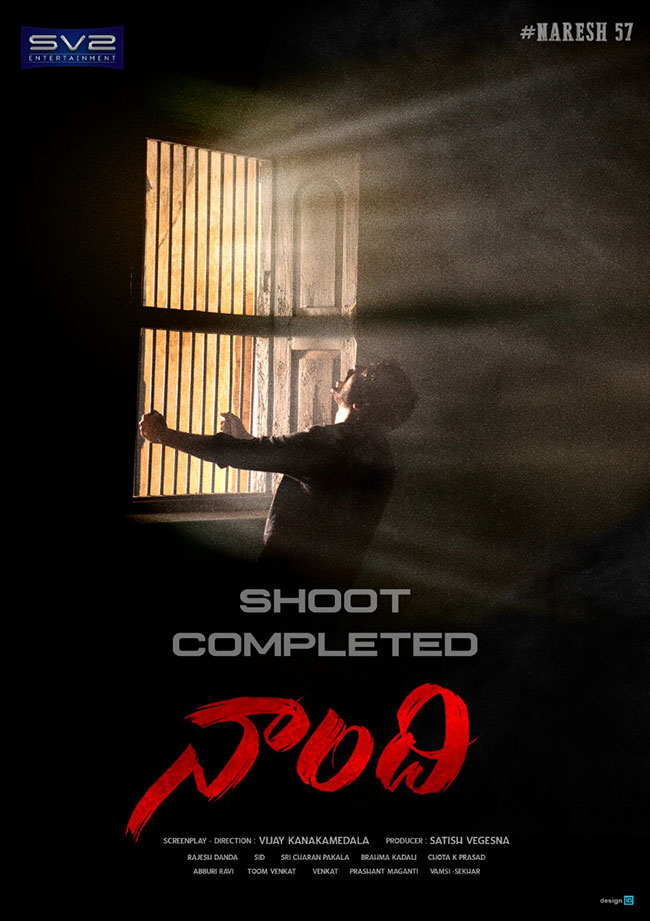 It is evident that young actor Allari Naresh has turned prisoner for his new film titled ‘Naandhi’. The film introduces Vijay Kanaka Medala as the Director into Telugu Film Industry.

Recently the makers of the film have released a gritty teaser that caught the attention of all the movie lovers.

On the latest, the unit has shared all smiles picture saying that they have successfully wrapped the shooting part of the film and are in post production phase to release the film soon.

Naandhi has music by Sri Charan Pakala and Cinematography by Sid. The movie is produced by Satish Vegeshna.

Movie unit is believing in Allari Naresh’s good story judgement as he doesn’t sign a film easily off late. If at all the content is clean and good with uniqueness in the film, it would definitely yield the right result at the Box Office.