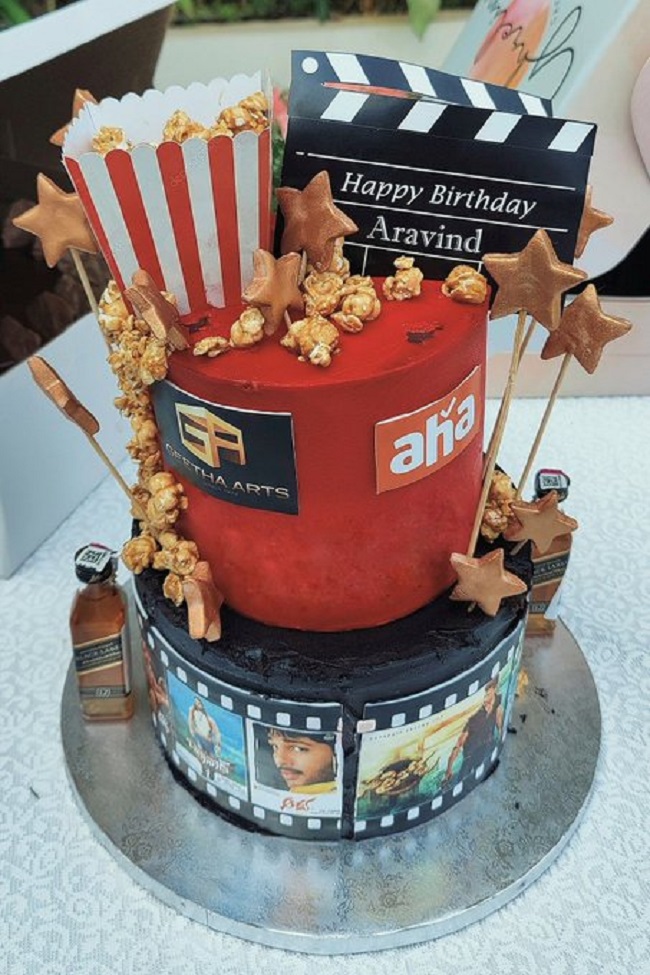 Ace producer Allu Aravind has celebrated his 72nd birthday on January 10. It is known that Aravind is the son of popular actor Allu Rama Lingaiah. The veteran filmmaker has three sons – Allu Venkatesh, Allu Arjun, and Allu Sirish. On Aravind’s birthday, Allu Arjun wished his dad and thanked him for being there every time. What caught netizens attention is Allu Sirish’ birthday wish, which is now going viral on social media.

What’s so special in Sirish’s wish that caught people’s attention is the birthday cake that he designed for his star father. In a cinematic look, Sirish prepared the cake to suit his father’s career.

He prepared a good cake so that the shooting clapboard, as well as the Best Movies posters he produced, the Aha app and the Geeta Arts logos, would also appear. Along with all these, he placed a pair of wine bottles beside the cake. With this, the netizens came to know about the favourite brand of the ace producer. Soon the picture was posted on social media, they started making funny memes on it.