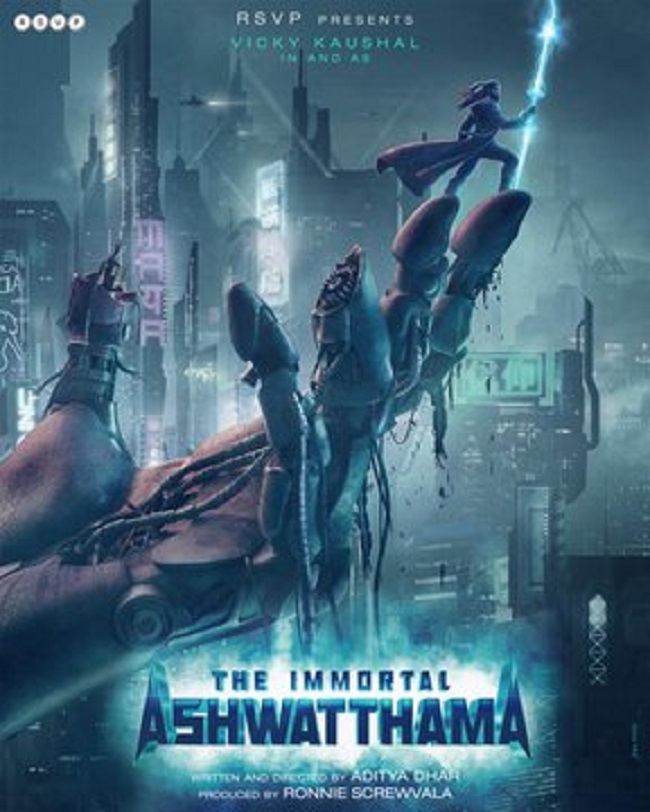 On the second anniversary of his hugest hit, Uri – The Surgical Strike, Bollywood actor Vicky Kaushal has released the first look posters of his next film The Immortal Ashwatthama. The movie reunites Kaushal with his URI: The Surgical Strike director Aditya Dhar and producer Ronnie Screwvala.

In The Immortal Ashwatthama, the actor will play a character inspired by the warrior Ashwatthama, who played a pivotal role in Pandavas and Kauravas war in Mahabharata. In the posters, the actor is seen holding a lightning sword with multiple skyscrapers in the background.

Sharing the pictures, the production house wrote, “Raising the bar higher for the superhero genre not only in India but across the world, this film is a high-concept visual spectacle in the making. From the team that brought to you URI The Surgical Strike, presenting @vickykaushal09 in and as #TheImmortalAshwatthama.”

Vicky Kaushal describes ‘The Immortal Ashwatthama’, as the biggest film of his career and says that collaborating with Aditya Dhar and Ronnie again is like a homecoming for him.