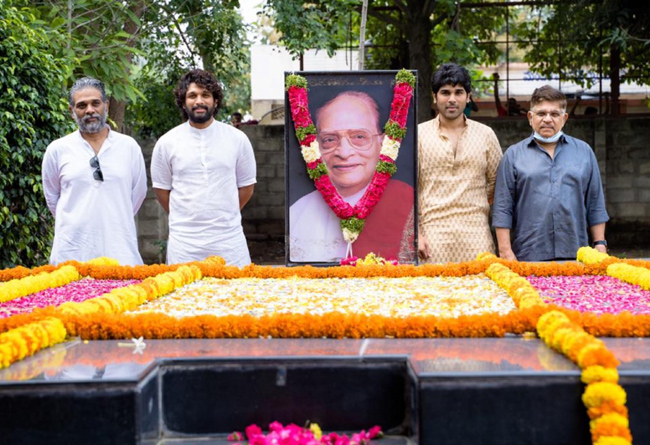 Ace producer of Tollywood, Allu Aravind and family have given a surprise announcement on the 99th birth anniversary of the pioneer In the Allu family Allu Ramalingaiah.

The Allu family is just spreading wings in all departments of movie making and today they have laid foundation for Allu Studios. The news went viral on social media where Allu Aravind is seen with his 3 sons and they shared the news to continue the legacy of Allu Ramalingaiah.

Allu Aravind also owns the first of its kind OTT platform ‘Aha’ exclusively for Telugu audience has made a dare debut in the OTT space fighting against the global giants like Netflix, Hotstar and Amazon Prime.

It is evident that Aha is still in the initial stage while there is tough competition between Amazon Prime and Netflix. One wonders how these new people sustain growth in this heavy competition!