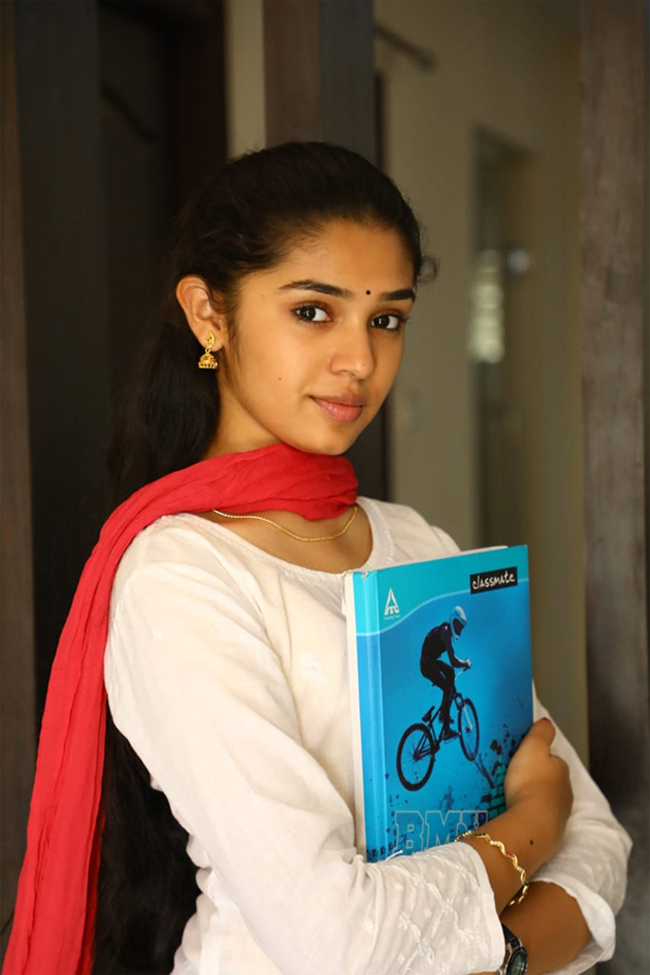 Young and mesmerizing beauty Krithi Shetty got a huge craze just with one film. Her debut outing ‘Uppena’ worked wonders at the box-office and Krithi looked absolutely beautiful in the film. She became a star with that film and earned many fans who are going crazy over her.

She is currently acting in Nani’s ‘Shyam Singha Roy’ and Sudheer Babu’s film. Among these two, Sudheer’s film is directed by Mohan Krishna Indraganti and we all know the importance he gives to the female leads in his films. Sources say that she will be essaying a role that will be in complete contrast with what she did in ‘Uppena’. The film is named ‘Aa Ammayi Gurinchi Meeku Cheppali’ which magnifies the significance of her role in this flick.

Apparently, she will be speaking in a Telangana accent in this film and her fans are getting pretty excited about it. Mohan Krishna’s last film ‘V’ turned out to be a failure and he is reportedly making this film with utmost care. Let us see if Krithi Shetty impresses us once again with this movie or not.