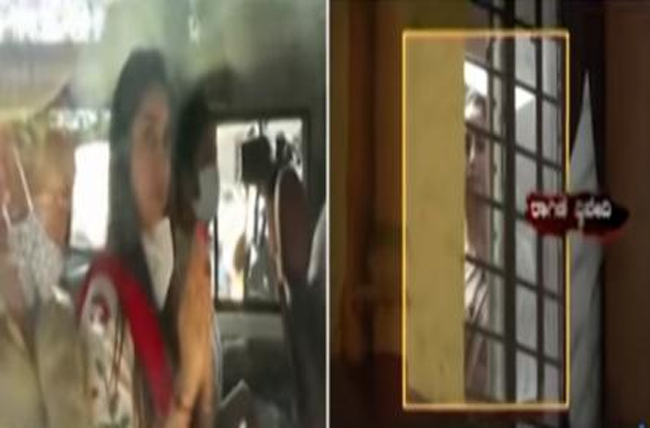 It is said that the Kannada Industry has some drug peddlers and consumers and latest info says that Sanjana has disclosed almost all 35 members of elite people out of which there are sons of political stalwarts in the state.

Ragini and Sanjana were sent to Judicial Custody in the Mahila Santhvana Kendra near Diary circle. It is said that though both of them were alloted same room they didn’t even talk as these actresses are not on good terms. Moreover two lady constables were said to sleep between them in a bed.

Sanjana didn’t had her dinner and was upset and moody over the cases filed on her which is why she kept on crying said sources.The public wonders why only ladies are targeted when drugs are mostly consumed by men. It is just the background less actresses are trapped and witch hunted opine few critics.