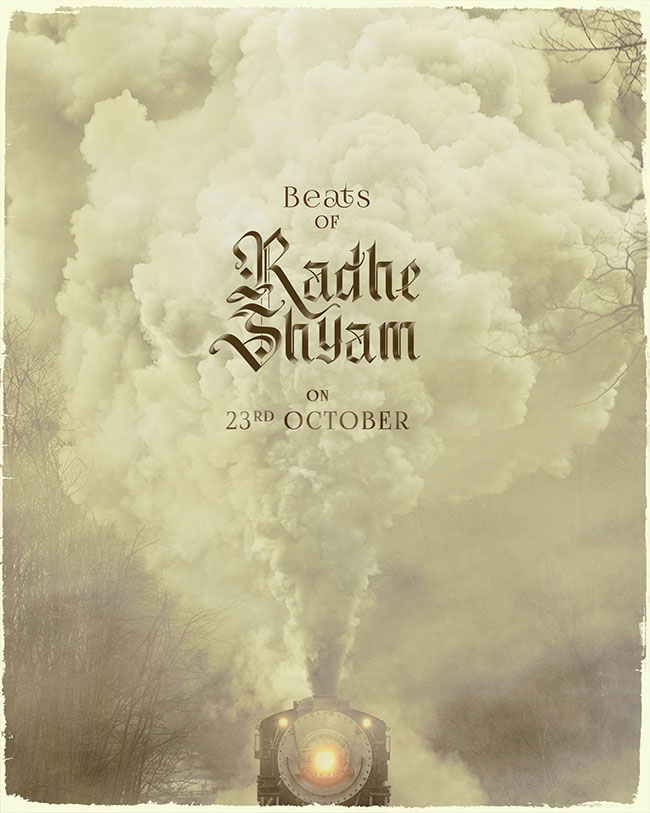 Fans of Prabhas are waiting eagerly for a big surprise from the team of ‘Radhe Shyam’ on October 23rd. Prabhas will be celebrating his 41st birthday on 23rd October and many people expected the teaser of ‘Radhe Shyam’ to release on that day but the makers announced that the first motion poster will be released instead.

The film is expected to hit the screens in Summer 2021 and the team of ‘Radhe Shyam’ announced that the first motion poster, ‘#BeatsOfRadheShyam’ will be released as a gift to the fans. They announced it on social media officially and wrote, ‘They’re sure to make you fall in love all over again!”.

In the poster released on Pooja Hegde’s birthday, we can see her and Prabhas sitting in a train while in this announcement poster, the makers showed a steam engine train which is releasing a lot of smoke. Fans are predicting that train episodes are very crucial in this periodic romantic drama.

While maybe slightly disappointed for not getting the teaser, we need to see if this motion poster impresses them or not.