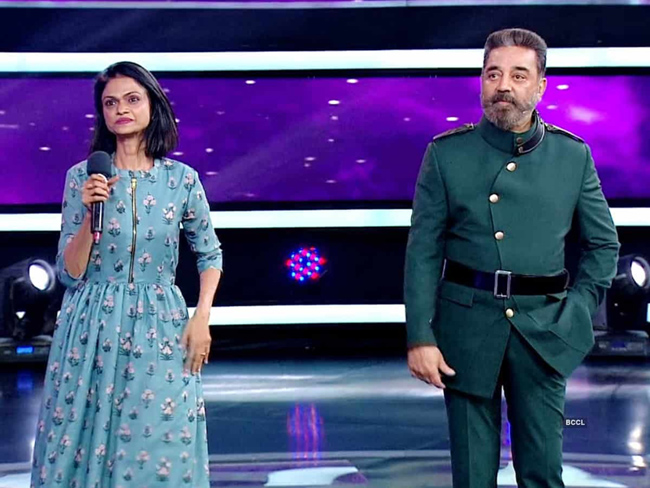 Popular radio jockey and playback singer Suchitra aka Suchi has raised many eyebrows with rather shocking and sensational comments on Actor-turned-politician Kamal Haasan.

Suchitra didn’t stop there. She called Ulaganayagan Kamal Haasan Puppet Master and used derogatory remarks like Asshole, jerk, and As, according to the media reports.

If we have to take anything from the media reports, on her Instagram account, she has posted, ‘Puppet Master = #kamal and his stupid house of whatever nonsense brand (such poooooor taste). I know I was given a synthetic shirt and told to display it as Khadi (owning up) what a disgusting human being #emperorsnewclothes much Mr KH? he’s a helpless man- not a God.’

However, the playback singer has deleted all the posts from her Instagram account and made her account private from public. She is fracking the wrath of Kamal fans, who are trolling her for her sensational comments on Ulaganayagan

The RJ-singer Suchitra was evicted from the Bigg Boss Kamal Haasan on the 49th day of the reality show. She entered the Bigg Boss house on the 28th day.

Earlier, she found herself in the middle of the headlines after updates on the private lives of Kollywood actors were posted from her Twitter handle. She claimed that her account was hacked.