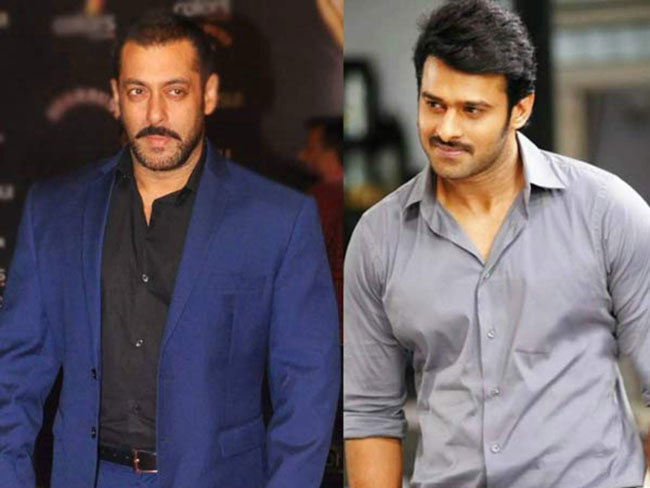 Prabhas has stunned everybody with his back-to-back announcements of pan-Indian projects. After ‘Baahubali’, Prabhas gained a huge image and he is being treated as the pan-Indian star who can collect equally in North as well as South.

Some of the Bollywood media are terming him as ‘Salman Ka Bhai’. As Salman has huge market in the North currently, he is considered as the biggest star but he doesn’t have the same appeal in the South. Most of his craze is limited to the metropolitan areas down South. But that is not the case with Prabhas as he can cater to both.

Apart from that Bollywood films are slowly moving towards western style of filmmaking and leaving the local audience. Even north heroes lack the native appeal which Prabhas is offering. He has a complete Indian face along with a muscular body. With the current line up, he can definitely go to places.

His time travelling film, romantic entertainer like ‘Radhe Shyam’ and ‘Aadipurush’ are creating a lot of hype across the country and if things go his way, Prabhas will definitely become a national level hero which is why the Bollywood circles are watching him very closely.