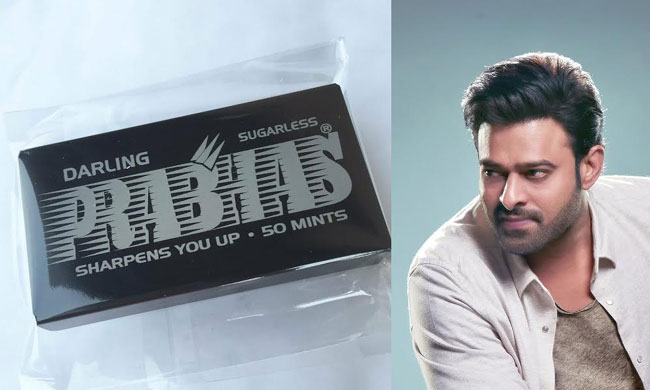 The Young Rebel Star of Tollywood, Prabhas has attained International fan following with the huge success of ‘Baahubali’ franchise.

Especially, Prabhas is hugely adored by his fans in Japan who fondly call him ‘Prabhas San’. In a latest happening of events, Japan markets are flourishing with one sugarless mint candys named after Prabhas as Darling Prabhas. The fanism seems to be at the next level for Prabhas in Japan unlike the other Indian actors. It is evident that Rana and Subba Raju are also loved hugely by Japanese audience.

On the film front, Prabhas is busy with ‘Radhe Shyam’ directed by Radha Krishna Kumar. The film stars Pooja Hegde as the leading lady. The film’s shoot got deferred due to the pandemic and would resume the shoot once the crisis eases.