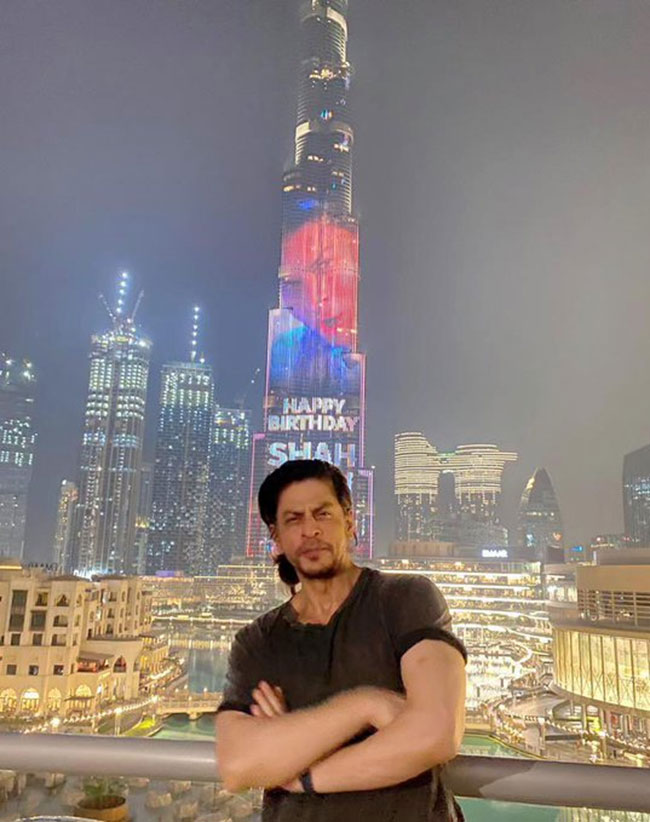 Bollywood King Khan Shah Rukh Khan celebrated his 55th birthday on Monday. On this occasion, Dubai’s iconic skyscraper Burj Khalifa lit up with Shah Rukh Khan’s name and a special greeting to mark his birthday. Last year, Burj Khalifa gave a similar tribute to Shah Rukh Khan. But this time, King Khan watched the tribute closely as he is Dubai with his family for the ongoing Indian Premier League.

The Chennai Express actor took to share a picture of himself posing against Burj Khalifa illuminated with a birthday wish for him. Sharing the picture, he wrote, “It’s nice to see myself on the biggest and tallest screen in the world. My friend @mohamed_alabbar has me on the biggest screen even before my next film. Thanks & love u all @BurjKhalifa & @EmaarDubai. Being my own guest in Dubai… my kids mighty impressed and me is loving it!”