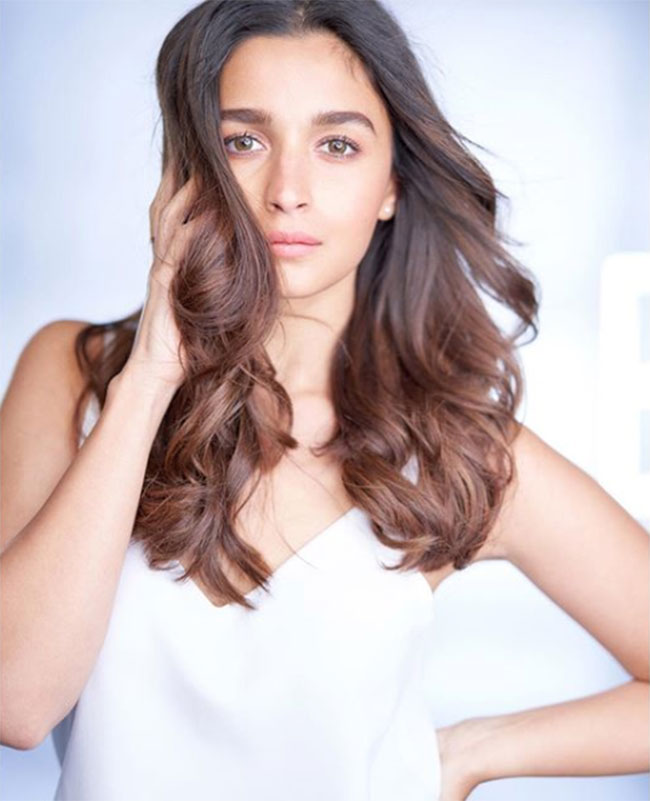 There were a lot of rumours about Alia Bhatt’s exclusion from ‘RRR’ team. Many claimed that she walked out of the prestigious project due to her prior commitments but Alia thrashed all of them. The ‘Student Of The Year’ actress made it clear with she is excited to join the team soon. As we know, she will be seen as Sita, the heroine beside Ram Charan while Olivia Morris will be NTR’s female lead.

News is that Alia is taking Telugu lessons ever since she accepted Rajamouli’s film and hired a Telugu tutor in Mumbai. Reports suggest that she is even interested in dubbing in Telugu on her own but it all depends on Rajamouli’s approval. A Hindi heroine dubbing for herself in her very first film is certainly a great thing but since it is a periodic film, we need to see Rajamouli accepts it or chooses a dubbing artist with perfect diction.

Apart from ‘RRR’, Alia Bhatt is acting Ranbir Kapoor’s ‘Brahmastra’ and Sanjay leela Bhansali’s ‘Gangubai Kathiawadi which are under production at the moment.