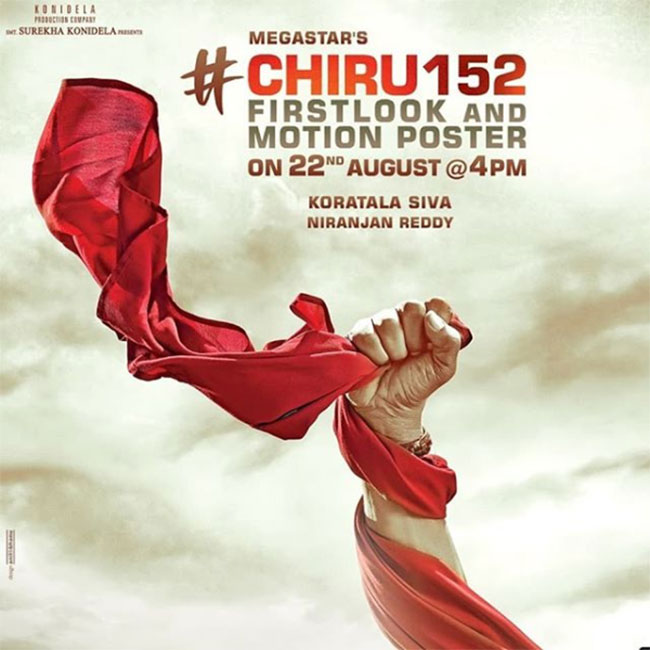 With Megastar Chiranjeevi’s birthday coming on 22nd August, the Mega fans expected some big update regarding his next film with Koratala Siva. Satisfying their expectations, the team released a special poster that announces the release of the first look and motion poster as his birthday gift.

The poster made it clear that the first look and the motion poster will be released on 22nd August at 4 PM. While many already confirmed that the title of this film is going to be ‘Acharya’, the makers released this poster stating it as ‘#Chiru152’. The title will also be announced officially along with the poster.

We can see fist raised high along with a red cloth flying ferociously. It glorifies the Naxalite angle in the film. Fans are already getting too excited and it looks like they will be on ecstasy on 22nd August.

Koratala Siva is directing this most-anticipated film while Ram Charan along with Niranjan Reddy produced it. Mani Sharma composed the music while Kajal is playing the heroine’s role. Ram Charan will also be seen playing a special role in this social drama.