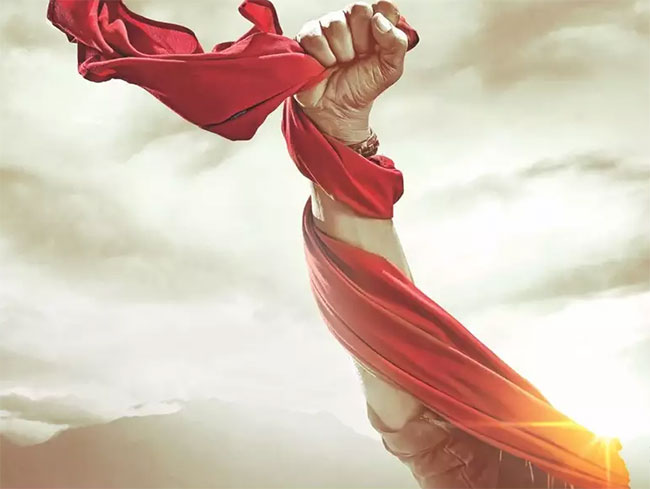 It is known that Megastar Chiranjeevi will be celebrating his birthday tomorrow and fans are pumped up to witness the first look and motion poster of his 152nd film directed by star writer-director Koratala Siva. The first looked is coming a gift from the team to Megastar at 4’o clock in the evening.

Though the title is already known to everyone, the team decided to make it official tomorrow. Reportedly, Koratala wanted to release a small teaser along with the first look but it was Megastar who advised the director not to reveal everything at once. Since there are is a long way to go before the film’s release, Chiru suggested the team to use the promotional stuff carefully without revealing too much.

He asked them to release the teasers, trailer and songs after the release date is announced. The shooting of this movie is expected to restart soon. Kajal is the heroine in this flick and Mani Sharma is composing the music. Ram Charan, who is co-producing this flick will be seen in a special role.