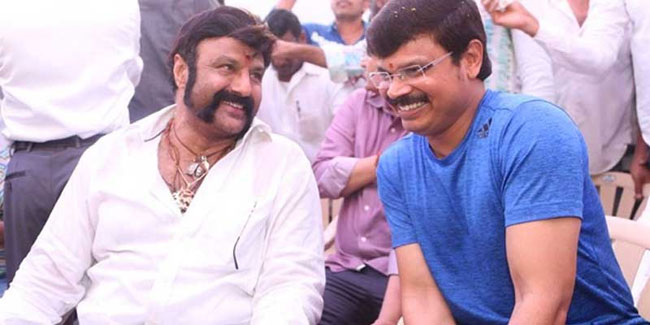 Nandamuri hero Balakrishna and mass director Boyapati Sreenu is considered as one of the craziest combinations ever. They gave two super hits like ‘Simha’ and ‘Legend’ in the past and their third time collaboration is under progress.

The teaser increased the expectations to a whole new level and fans are eager to see this movie on the big screen. Business for such hyped film usually gets done prior to the release itself but shockingly, that is not the case with this film.

As per sources, the satellite rights for this film haven’t been locked yet. Mahesh Babu’s ‘Sarkaru Vaari Paata’ got its satellite rights sold prior to the beginning of its shooting but due to various reasons, #BB3 is still not able to close the deal.

People are citing two reasons for it. The shooting hasn’t been completed yet and no one knows what to expect from it. On the other hand, since it is a potential hattrick film, the producer is quoting a high price as per sources. We need to wait and see what happens in the coming few weeks.