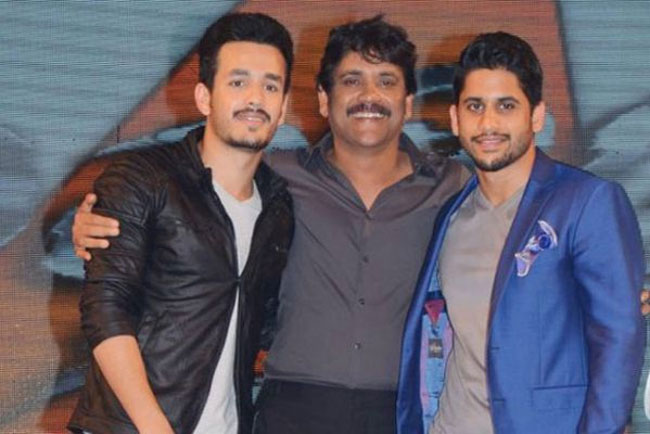 The Telugu film industry is slowly getting back to normal. The shooting of small and medium films are gradually starting again with all the necessary measures taken. But the star heroes are yet to begin their shootings and this is where the Akkineni heroes are paving the way for others.

Senior hero Nagarjuna stepped back into the sets of his upcoming film ‘Wild Dog’ a few days back. Naga Chaitanya too started working on his next film ‘Love Story’ directed by Sekhar Kammula. Young hero Akhil put on his makeup for ‘Most Eligible Bachelor’ as the shooting started today. Amidst all the safety measures, the shooting started today and the makers will be filming some key scenes between Akhil and Pooja Hegde.

Pooja uploaded a picture today from her vanity van confirming that the shooting has finally begun. She is with her staff who are completely covered with face masks and PPE kits around them. The team is looking forward to wrap up the production by the end of October. The team is planning to release this film during the Sankranti season. Akhil is suffering with disasters and ‘Most Eligible Bachelor’ is very important film in his career. Bommarillu Bhaskar is directing this film produced under Geetha Arts banner.