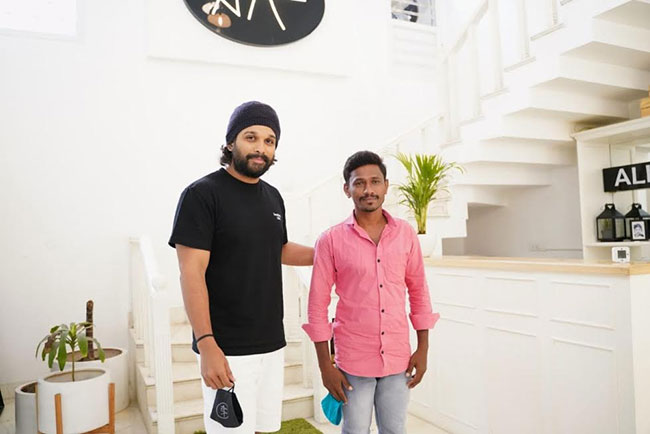 The Tollywood Stylish Star Allu Arjun is busy celebrating birthdays these days. It all started with his son Ayaan’s birthday then his and now he is seen celebrating the birthday of his wife Sneha recently.

On the latest, social media is going crazy at the down to earth attitude of the star. These days Allu Arjun made sure to give his glimpse everytime.

Just recently he involved in the inaugural ceremony of Allu Studios and now he made big news when a fan named Nageshwara Rao walked 200 Kms to meet the stylish star. Allu Arjun welcomed the fan and gave him a sapling as a token of respect and spent few minutes with him and made him happy.

On the film front, Arjun has announced the title of his next film as ‘Pushpa’ on his role in the film ‘Pushpa Raj’. The first look of this Sukumar directorial is simply superb and the fans seem most excited as their star is frequently staying in touch with them with the much needed filmy updates!