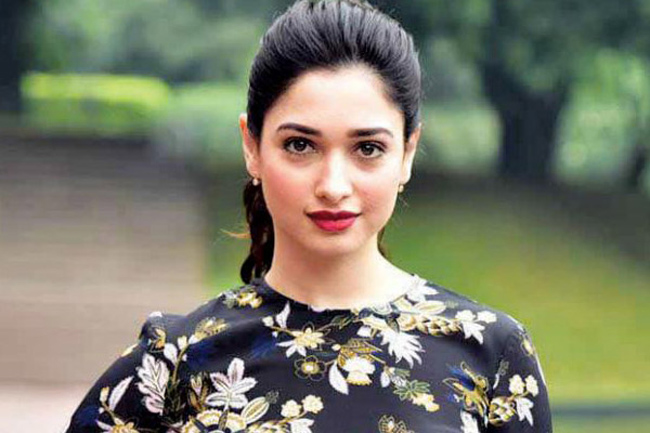 Milky beauty Tamannaah Bhatia is said to have tested positive for Corona Virus said news reports. She was back to Hyderabad recently to make a talk show on OTT platform Aha and is preparing to resume work but fate had other plans. It is said that Tamannaah is admitted for treatment in a private Hospital in Hyderabad itself.

Earlier she has shared a letter on her Instagram page saying that her parents tested positive for Corona virus while she and her staff tested negative. She requested all her fans to pray for the recovery of her parents.

Tamannaah is a huge star down south and worked with big stars in both Telugu and Tamil. Her hit films include ‘Ayan’, ‘Happy Days’, ‘100% Love’ and ‘Bahubali’ franchise to name a few.

Now Tamannah is acting as a Kabaddi Coach in the film ‘Seetimaar’ starring alongside Gopichand. The movie is directed by Sampath Nandi. The movie needs a lot of endurance and fitness in Tamannaah for which she is actively maintaining diet and has even attended training sessions for the game that she never played. Tamannaah is also working in the film ‘Bole Chudiyan’ alongside Nawazuddin Siddique.