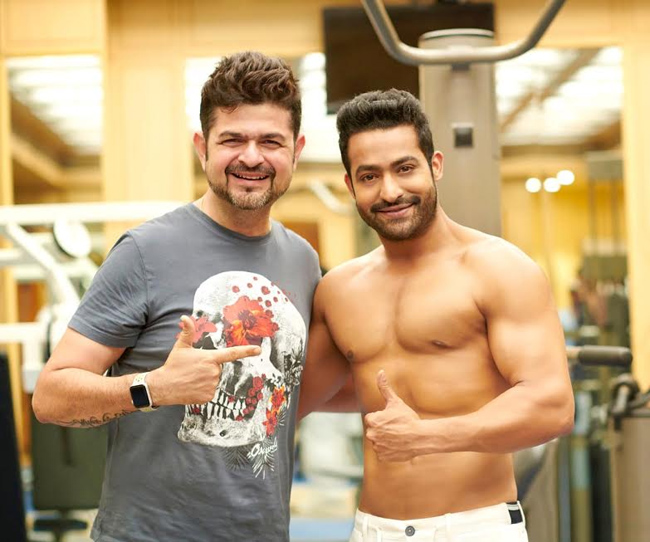 Nandamuri Taraka Rama Rao, popularly known as Jr NTR has seen many ups and downs in his career. His career can be divided into two parts. Before Temper and after Temper.

From Temper, Tarak went on to select different stories and tasted a string of hits. The star surprised everyone by a muscled look in Temper. His transformation earned him praise.

Tarak who is busy shooting for his much-awaited multi-starrer RRR whelmed by sensational director SS Rajamouli did an annual calendar photoshoot with Dabbo Ratnani.

The photographer took to social media and shared the throwback pictures of him with Tarak. In the viral pic, Tarak can be seen wearing white pants and giving a thumbs up.

Meanwhile, the RRR team will release NTR’s look in the film on October 22. Fans are eagerly waiting for the “Ramaraju for Bheem” teaser.